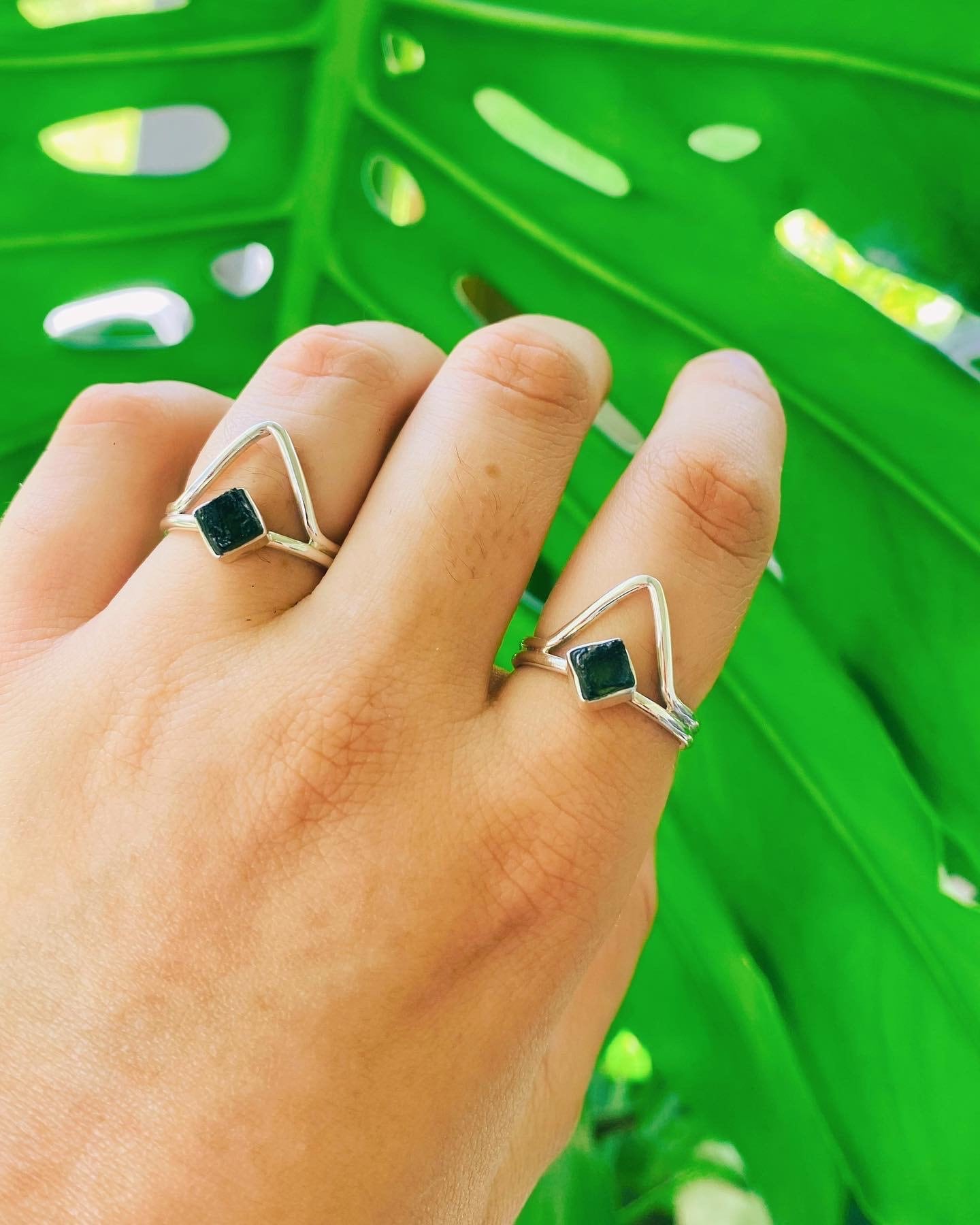 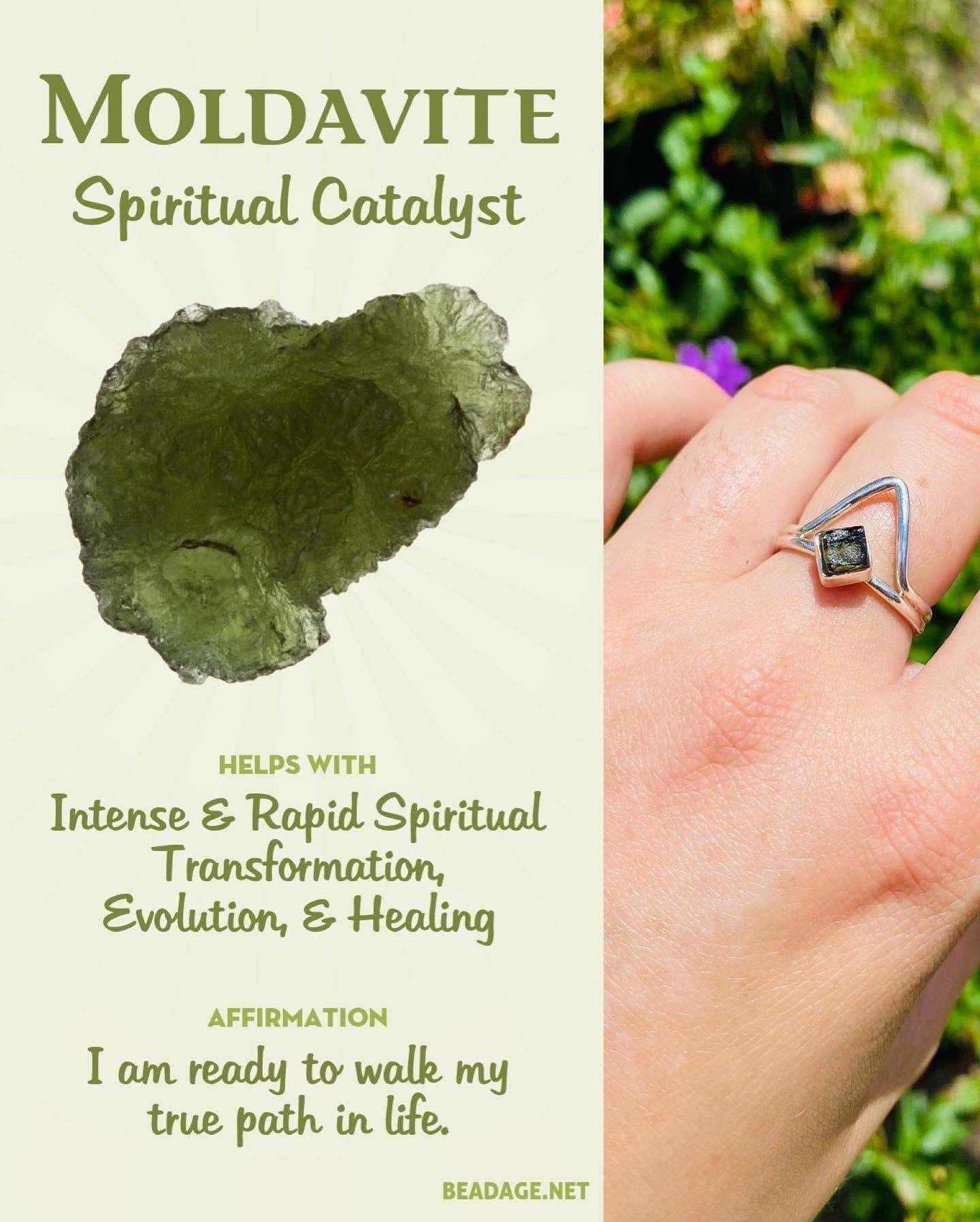 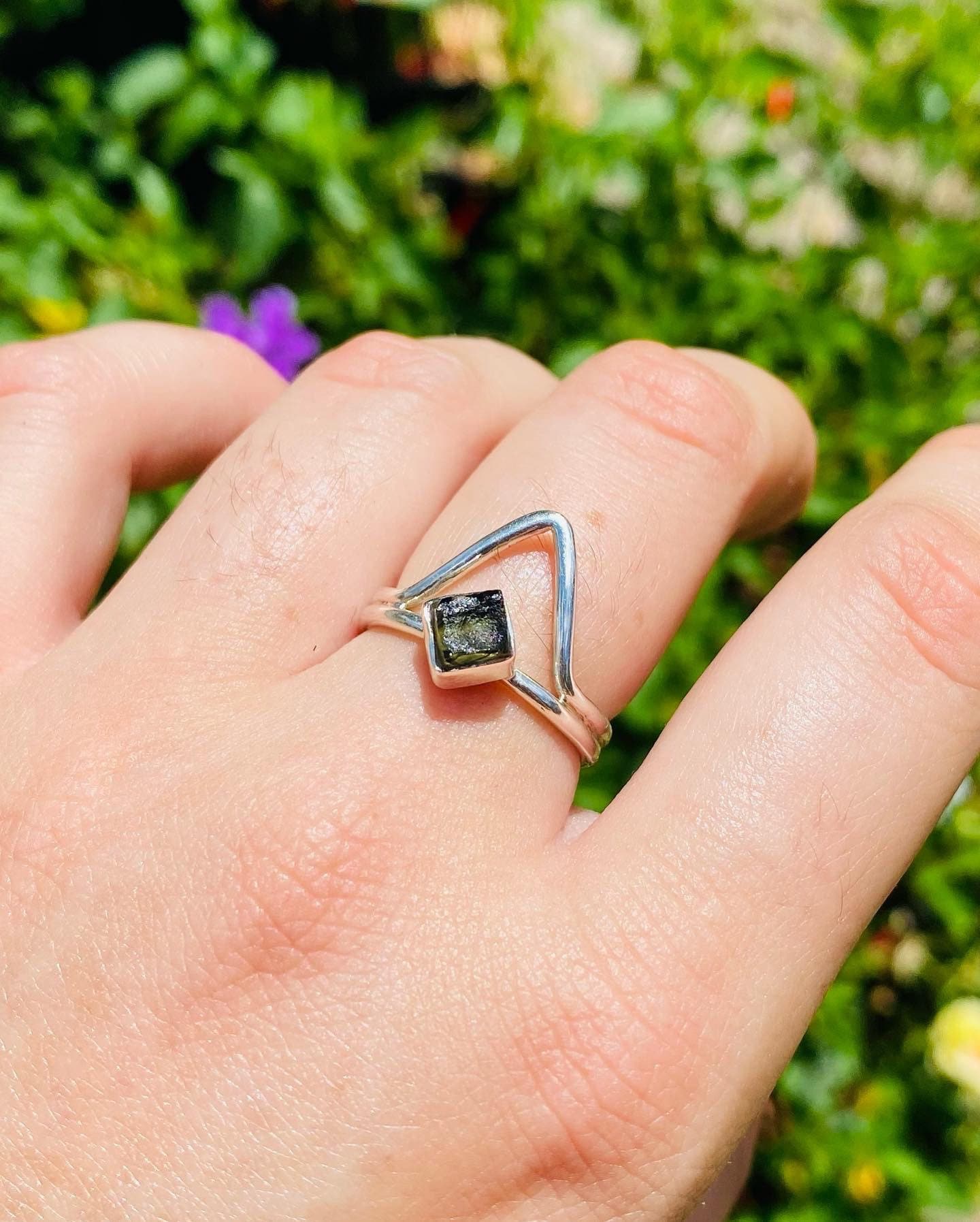 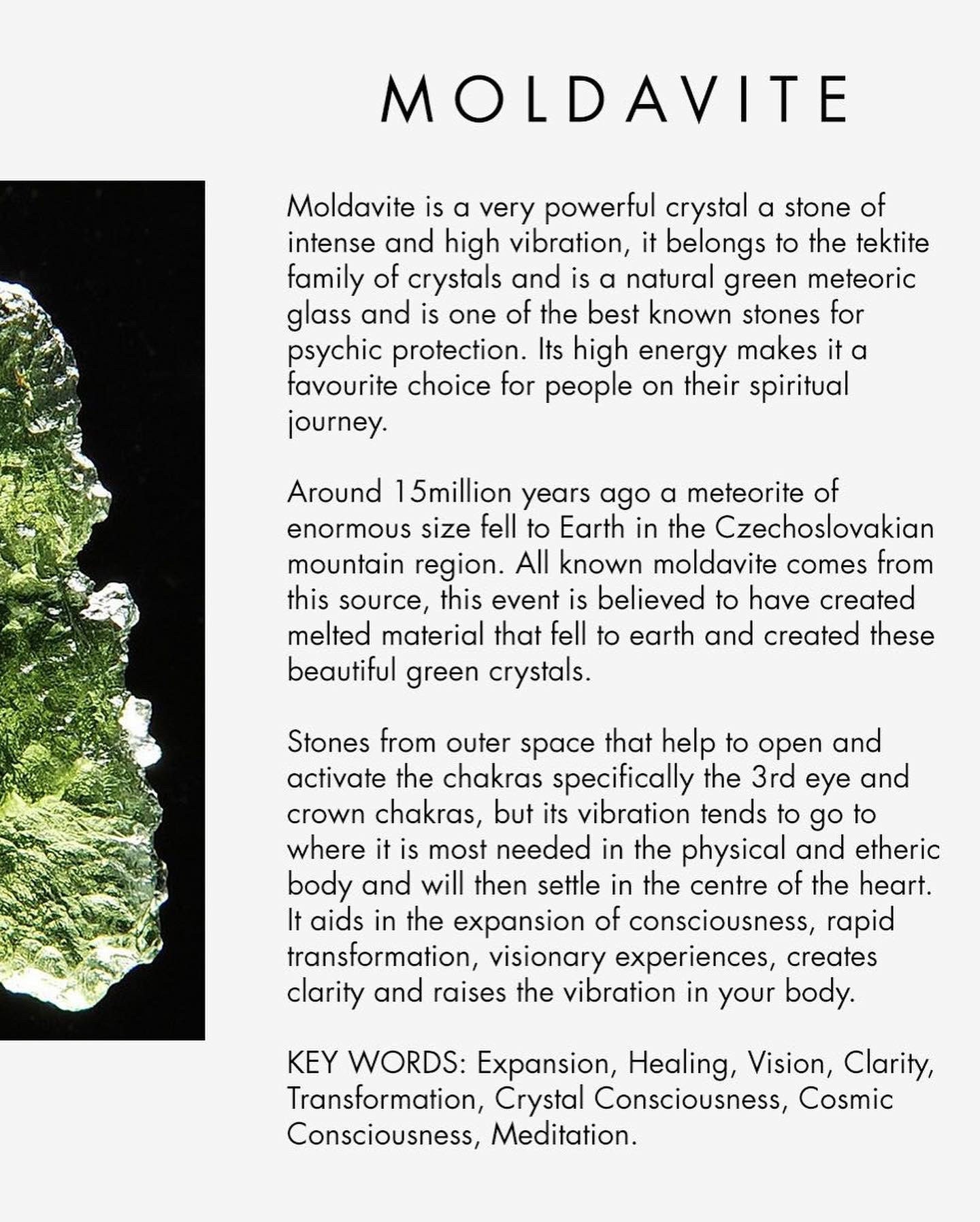 Is Moldevite actually from space?! 🪐✨
Yes boo, It really is.

🌌15 million year ago, a meteorite of enormous size is known to have crashed in the mountainous region of the Czech Republic with an impact more power than an atomic explosion. These crystals were formed from the meteoroc matter and the material found at the crash site + tons of force & heat.

✨Moldevite is such a powerful stone because of it’s connection to the cosmos 🌌 Moldavite is an intensely spiritual stone and can transform and transmute your consciousness like no other. Many people believe that it came to Earth in order to help the planet to transcend its current metaphysical state and ascend to a higher plane. It is used during rituals for healing the Earth Chakra. It is also an excellent stone to use if you wish to amplify the vibrations of other crystals.

These rings come in a size 7.5 but can be sized to fit you! Just add resizing listing to your cart at checkout unless you only need one size bigger. https://etsy.me/3cLP2Js

I gladly accept returns and exchanges

Ship items back to me within: 30 days of delivery

But please contact me if you have any problems with your order.

The following items can't be returned or exchanged

Because of the nature of these items, unless they arrive damaged or defective, I can't accept returns for:

Our resizing is done with a torch is there is no stone or a heat resilient stone, if not it is done on a electric welder so that the stone stays safe. Our resizing can take up to three weeks if we are backlogged so please be patient!

Each ring comes in our cute Opal Gypsy boxes ready for gifting!

We are currently taking custom orders! Prices start at $80 for simple rings/pendants but go up depending on the intricacy, material, and time it takes. On average we will take anywhere from 1-2 months on custom orders depending upon how many we are doing that month.

We do accept returns as long as the ring has not been resized! Please just mail back the item and we will refund you once we have received it or provide you with an exchange.

0 items in your cart